The first inhabitants belonged to the saladoids. Little is known about them. Since the 12th century, Taino lived from the Arawak people in Jamaica. They lived in villages, grew cassava and fished. Island Caribs came in the 15th century. While these island Caribs or Kalinago drove the Taino out on other islands, they lived side by side in Jamaica.

In 1494 Columbus landed on Jamaica during his second voyage and took possession of the island for Spain. The island officially became a colony in 1509 under the name Santiago. However, this was not in use, the old Indian name Xaymaca was used, which then became Jamaica. The conquistador Juan de Esquivel conquered the island and defeated the Taino.

The first places were founded, including Villa de la Vega in 1534, later Spanish Town, which served as the capital of Jamaica until 1872. The Taino died from diseases brought by the Europeans or from brutal treatment and forced labor. They died out in Jamaica in the 17th century. The first slaves from Africa arrived in Jamaica as early as 1517 to replace the Taino as workers on the plantations.

In 1655, English troops landed on Jamaica and took the island. At this time England tried to get the Spanish colonies under her rule. This succeeded in Jamaica and so the island became a British colony. Attempts to recapture Spain were just as unsuccessful as attacks by the French.

English pirates took Jamaica as a retreat and attacked Spanish ships from there. The booty benefited Jamaica’s economy. The plantation economy flourished mainly through the cultivation of sugar cane and bananas.

Again and again there were riots by runaway slaves. These maroons lived in hidden villages. Among the well-known leaders of the Maroons was a woman who came to be known as the Granny Nanny and is one of Jamaica’s national heroes. In 1739 peace was made after the First Maroon War and the Maroons were given their own territory. In 1795 the Second Maroon War broke out. English soldiers and bloodhounds put down the uprising.

In 1807 the slave trade was banned, but not slavery itself. In 1831 there was an uprising led by Samuel Sharpe. The uprising was brutally suppressed and Sharpe was executed. But in 1834 slavery was abolished by Great Britain. The British brought workers mainly from their Indian colony in order to be able to continue to cultivate the plantations.

With no property and no political participation, however, the living conditions of the black population remained very poor. In 1865 the Morant Bay Uprising broke out. He too was violently suppressed, which caused horror in Great Britain. Jamaica received a governor and became a crown colony for better control. From the 1930s, calls for independence became louder. The country gradually became self-governing and free elections took place. In 1962 Jamaica was granted independence, but remained a member of the Commonwealth.

Alexander Bustamante of the JLP Labor Party became the first prime minister. Hugh Shearer switched to the decimal system and introduced the Jamaican dollar. There was a drought in 1967-68 and police officers went on strike for higher wages.

In 1972 the People’s National Party (PNP) won the election with Michael Manley. Now a socialist course was followed, there was nationalization, but the democratic structures were retained. Both parties took turns in the following years, with the PNP providing government between 1989 and 2007. From 2006 to 2007 and again since 2012, Portia Simpson Miller of the PNP became the first woman to serve as Prime Minister of Jamaica. In 2016 she replaced Andrew Holness from JLP.

The country’s problems are crime and social inequality. Criminal gangs are active in the drug trade and extort protection payments. 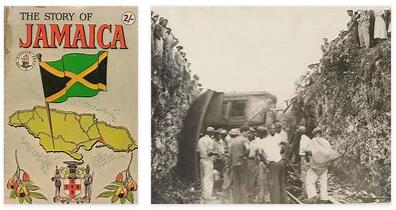 Jamaica’s music is reggae. Of course you can also hear other music here, but reggae is the direction that is most closely connected to the country. It originated in the 1960s from other styles of music such as ska, which also originated in Jamaica. Jamaican reggae is mostly sung in patois, the Creole language spoken here, which is also called Jamaican Creole.

The most famous reggae singer is Bob Marley (1945-1981). As a supporter of the Rastafari movement (see people) he also spread its message. His most famous songs are Buffalo Soldier, I Shot the Sheriff, No Woman No Cry, Could You Be Loved? and stir it up.

The most famous Jamaica athlete is Usain Bolt. He’s a runner and the only person who ran 100 meters in less than 9.6 seconds. He won six gold medals at the Olympic Games and was world champion eleven times. He holds the world record in the 100 m and 200 m run.

Since Jamaica was British for a long time, some of the typically British things have survived. Not only is English the official language in Jamaica, cars also drive on the left and cricket is a popular sport.